One of the commonest emotions I see in my recovering patients is, perhaps oddly, sadness. Sometimes it’s more readily understandable. One of my ITU patients sticks in my head. Having always been healthy, he’d been sedated and had breathing and kidney support for a pneumococcal pneumonia we didn’t think he’d survive. “The last I remember I was at home; now I’ve woken up apparently 2 months later, feeling incredibly weak and unable to get up… but I’m expected to be happy.” His family couldn’t initially get their heads around it. “We thought he was going to die and yet he’s alive. He can move. He hasn’t suffered any brain injury. Why would he be sad about this?”

In these circumstances, your job as a doctor includes being a mediator. I too was thrilled to see him survive. But I quickly realised that that was of little help to him. His reality was very different. He couldn’t remember being hooked up to all those machines. He couldn’t remember the long days his wife spent at his bed side. He had no concept of how far away he’d now come back from the brink of death. His reality was that he’d lost time, and strength, and independence, all in what felt like a night. Of course he was sad.

As I say, that’s relatively obvious when you think about it. But it’s also a more extreme example. Far more common are the people I meet who do remember being ill. And then they start to get better. But all their fight has gone, and with it, their lust for life. In turn, they then feel confused, then guilty and then more unhappy. Over the years I’ve taken to warning people about it- do NOT feel bad that once the stressor fades, you feel suddenly lost. It’s normal, I tell them. And if it hasn’t happened yet, don’t be surprised if (and often when) it does.

So for such a know-it-all smarty-pants, you’d think I could apply a similar logic to myself, right?! Those of you that read my last post may have an appreciation for the horrid last couple of years that I, my friends and my family have had. Much of it is still ongoing sadly, worse for some, better for others. Sometimes good news, still some bad. For me personally though, for various reasons, I’ve felt better. More able to support my loved ones again.

So I’ve been slightly surprised to simultaneously find that I had become “anhedonic”- I didn’t seem to enjoy very much anymore. Not sad. Just unmotivated. Unenthused. Easily exhausted. The fact is that once I’d stopped running on stress hormones, I felt limp. I couldn’t understand it. I was getting SO frustrated with myself.

I’d failed to apply the same logic to myself as I do to my patients.

You see, it’s not (just) the cancer or the infection or the operation that exhausts them. It’s the stress. It’s the trauma of constantly keeping your head above water. It’s the fear of the next battle.

Or find someone to do it for you. Whichever helps (and/or is safest- doctors generally have a bad habit of thinking they’re invincible). The point is, going through any type of persistently stressful time will catch up with you at some point.

So be kind to yourself. And, in time, you will again learn to fly. 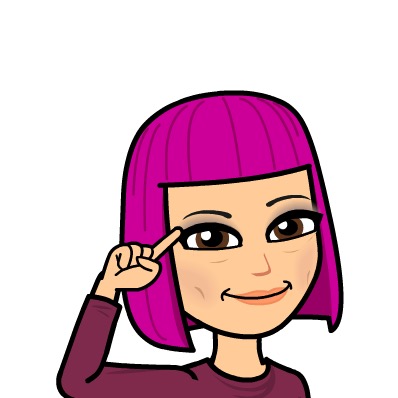