There’s a lot of information on social media about the science behind the novel coronavirus. Given the current outbreak in Italy and Iran, I thought I’d talk about how the response has been being handled clinically and epidemiologically in the UK and what it means. None of it’s a secret- for anyone so inclined, you can read more about it on the Public Health England (PHE) website. So far my own personal involvement has been frankly minimal- I’ve had training but as I’m on an academic job at the moment, I’m on reserve for if more hands are needed ‘on deck.’

So- back to the beginning…

China discovered it had a novel virus that had person-to-person spread and, in the early days at least, seemed to cause severe infection. As the number of known cases increased, it became apparent that the severity was less than expected, but enough that many people may at least need oxygen support and hospitalisation, particularly amongst the elderly. As you all know, the WHO got involved and each country, with WHO guidance, began preparatory work for cases at home.

PHE designated the virus as a High Consequence Infectious Disease- the type of disease that you’d like to limit the spread of. Below is a snapshot from the PHE website as to what classifies as a HCID. Note that things on this list can change- I was out of the country and a medical student during the H1N1 (Swine flu) concerns in 2009 but I should imagine that was on this list initially.

The first thing is to know whom you have to swab to find a case! Initially, this was restricted to people from Wuhan and the Hubei Province, with symptoms. Anyone returning from the region without symptoms would need to self-quarantine for 14 days (the time we think it takes for this virus to “grow” and symptoms to start in the body.)

PHE have been working hard to keep up with new cases in different countries to broaden that case definition and airports are warning returning travellers if they need to self-quarantine.

Keeping up with the spread of a respiratory (lung) virus is tricky work though. And as it became clear that people can carry and spread the virus without symptoms, it’s made it harder. So far though, we’ve done well: the UK has swabbed over 7500 possible cases and we’ve only had 15 positives, all of which have been isolated and monitored.

During the early phases of this situation, PHE centralised all testing. When the genome sequence of the virus was published, PHE worked with WHO and global laboratories to come up with “targets” within the virus so that they could diagnose it from throat and nose swabs.

Centralising the testing meant that all swabs had to be rung through to regional labs for approval before being sent to the “main” PHE lab in Colindale. As numbers being tested as increased, specified regional PHE labs are now testing for themselves. It wouldn’t surprise me if the number of labs allowed to test continues to increase to improve the work-flow. At the moment though, PHE needs to remain up to date with all cases.

So the pic of me on Instagram is not what’s being worn by staff that swab patients at the moment- that was for a TB case. HCIDs require a higher level of Personal Protective Equipment (kit)- not quite Ebola-suits for all of them, but better coverage of the body.

It gets pretty toasty in these kits but then comfort is not the priority of course. It does mean that people automatically want to limit contact-time with possible cases though- which is helpful because limiting contact-time is obviously sensible. The key thing is to ensure that removal of the suit is done slowly, carefully and safely- hence me going to training. Viruses can’t jump through suits but they can linger on clothing for a little while- not removing PPE sensibly can therefore put the wearer at risk of contracting the illness.

All possible cases need to be met by staff in PPE and isolated while the doctor takes a history and decides if they need to be swabbed. If there’s a doubt about whether the patient meets the case definition, this can then be discussed at a higher level. Swabs are then sent to the appropriate lab and routine bloods are marked specially so that local labs can process them safely. PHE sets levels for how careful labs need to be when processing HCID samples.

If an unwell patient tests negative for having COVID-19 and they are well enough, they can be discharged home.

What happens to positive patients?

As you can imagine, there are lots of Infection Units in the UK. All will have specialised rooms with specialist air-flow systems to ensure that the infection is appropriately contained and all staff will wear the appropriate PPE. Some hospitals though, don’t have an Infectious Diseases team and an Infection Unit.

Anyone that tests positive in the regional labs will have a confirmatory test done by the “main” PHE lab in Colindale.

If the test is then positive, patients are going to specialised Infection Units. Within the UK we have an Infection “network” set up- all Infection Units feed into this network and sometimes patients get moved to other centres if appropriate. It’s a way of making sure that patients get the right care and the population stays safe.

…is a tricky thing. It doesn’t seem to be dying out so it may become one of our “circulating” viruses. I suspect the true death rate is lower than we think. So what’s the fuss then? Well, it’s still likely that a lot of (particularly more elderly) patients with COVID-19 will need oxygen. That can put a lot of strain on any health service. We are lucky in the UK as we have the amazing NHS and we have stocks and supplies.

We just have to stay sensible and up-to-date with international advice. 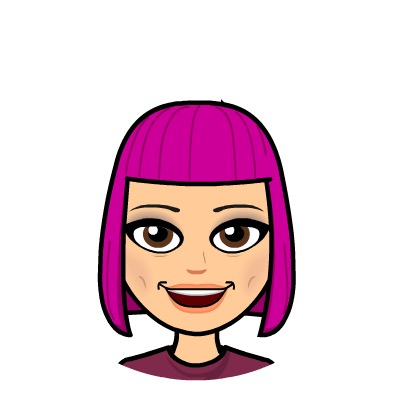