When I tell people that my medical specialty is Infectious Diseases (ID), people tend to immediately (and often subconsciously) take a step backwards. It makes me laugh every time and it means that I’m particularly careful when telling patients what I do- it is cognitively easier for them to understand I’m seeing them for their complex pneumonia if I simply tell them that I’m an “Infection Doctor.”

The risk of contracting Blood Borne Viruses (BBV), from needlestick injuries in particular, comes with any medical specialty but obviously might seem to be of higher risk for us in ID. We’re called to patients with Hepatitis, HIV, suspected MERS CoV or Ebola… (notice all of these are viruses by the way).

In actuality, humans are bad at assessing risk. That risk is also greatly altered by treatment- patients with HIV who are stable and well controlled on treatment can have sex with their HIV negative partners and have babies naturally: it’s all about understanding and balancing risks.

There are 3 main BBVs we consider when someone gets a needlestick: HIV, Hepatitis B and Hepatitis C. Although it is very dependent on treatment, vaccine status, size and type of innoculation, the risks for contracting BBVs from a needlestick are broadly as follows:

All healthcare workers in the UK are therefore vaccinated against Hep B (fascinating virus, I’ll talk about it another time). HIV can now really be seen to be a chronic disease like diabetes- lifetime medication and check ups with an increased risk of heart disease; some people suffer more with it than others but the modern meds we have are phenomenal and much of my time in HIV clinic with my patients is having a catch-up, helping them socially and checking everything remains fine clinically.

For me, when I started medicine, it was contracting Hepatitis C that would be of most worry to me. For years, treatment for Hepatitis C has been not just insufficient but often to great distress for the patient.

So what is it?

During the 1970s and 1980s, it was noted that patients that received blood transfusions were contracting Hepatitis. Hepatitis simply means ‘inflammation of the liver’ and what was foxing everyone at that time was that this type was neither type A nor B. Until the virus responsible was found in 1989 by Choo, Kuo, Alter, Houghton et al, it was called ‘Non-A, Non-B’ Hepatitis.

It’s a small ssRNA(+) virus, around 50nm in size. It is spread through blood-to-blood contact: IV drug use, transfusions of infected blood products, infected needle exchange (Bilharzia treatment in Egypt sadly involved re-use of needles and spread of Hep C) and childbirth (mother to child). The virus has an envelope of glycoproteins and when its RNA codes for a large protein that breaks up into 9 proteins (NS2-NS5B) that help the virus to replicate or form. One of the major difficulties with Hep C is that it is very difficulty to culture the virus in the lab: if you can’t culture it, you can’t study it and that makes treating it tricky too. Unsurprisingly it replicates in the hepatocytes (liver cells) of the host and yet another difficulty with it is that it displays quite a lot of genetic variability.

Globally, there are an estimated 71 million people infected according to the WHO (although that figure is likely much higher) and hundreds of thousands of deaths. At initial infection, most people do not know they have it- 25-50% will clear the virus naturally but unfortunately the rest develop chronic infection. A few people may develop symptoms acutely that are similar to having a cold- fevers, muscle aches, loss of appetite. It is not common to become jaundiced or develop severe liver failure.

We see a lot of patients that we pick up incidentally- often drug users that come in for one problem that we routinely screen; patients with mild liver function abnormalities but no obvious cause… Because the problem isn’t acute- it’s chronic.

Unfortunately, over the course of 20-30 years, liver cirrhosis and ultimately failure can occur. Patients may also develop Hepatocellular Carcinoma, which though rare, is more common in untreated patients with Hep C. Yet for years, our treatment regimen was pretty unpleasant. Patients had to undergo PEG-Interferon and ribavirin treatments which could have nasty psychiatric side effects and flu-like symptoms. It also had a variable failure rate depending on which of the 6 (probably 7) genotypes (variations) of Hep C the patient had.

Then suddenly in 2011, a scientist from Pharmasset announced that he had designed a drug called Sofosbuvir that targeted the NS5B protein… and had an over 95% success rate with minimal side-effects. Effectively, a cure. My consultant jokes that every American in the room stood up and started ringing to buy shares in the company (it was bought pretty quickly by Gilead pretty shortly after!). With some tweaking we now have a drug to target every genotype of Hepatitis C and very soon we’re likely to have combinations that treat all types in one formulation.

In the UK there is set to be an inquiry relating to contaminated blood transfusions given to (predominantly haemophilia) patients in the 1970s and 1980s. Papers quote around 5000 people were infected with HIV or Hepatitis C and around half of them have died.

The issue is that at that time, it was discovered that clotting factors that were deficient in some patients could be extracted and dried and shipped. There was therefore a huge demand for blood products and companies in the US apparently took samples from prisoners and drug addicts to make up the gap. The NHS and government bought the products and according to campaigners they continued to transfuse patients even after there was a high index of suspicion as to where the infections were arising from.

There can really be no compensation for the loss of a life. Campaigners understandably want to hold any possible wrong doing to account though and thankfully the government has agreed to finally hold the inquiry. 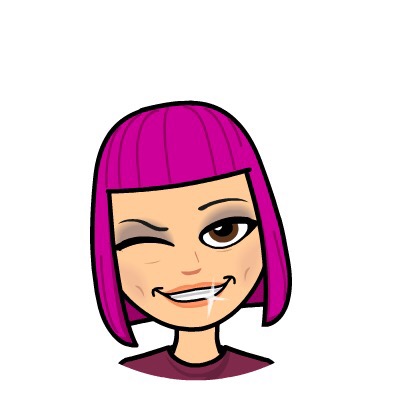 The Guardian. What is the Contaminated Blood Scandal?  https://www.theguardian.com/society/2017/jul/11/what-is-the-contaminated-blood-scandal