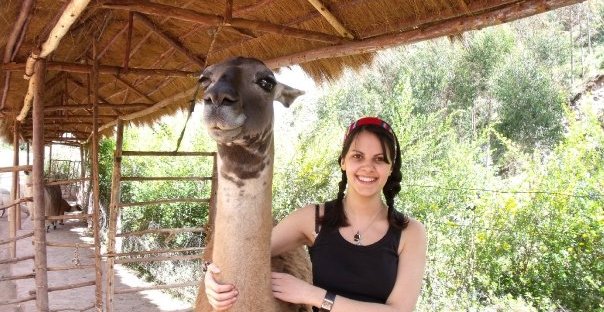 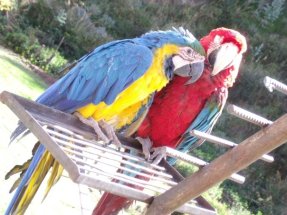 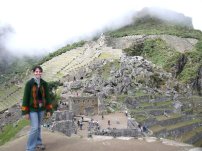 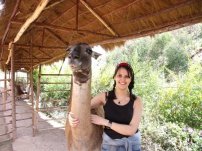 Peru’s an amazing travel destination and a great place in which to learn Spanish too. For the most part I’ve stayed in Cusco (I’ve been to Peru twice) which gives relatively easy access to lots of fabulous tourist destinations like Macchu Picchu.

If you want to do the Inca Trail then you need to book 6 months in advance, possibly more. It is gruelling but worth it in the end. Having been to the site twice too, I’ve also done an alternative trail there with a company called Pie Peru. They were fantastic and the Jungle Trail my husband and I did included some of the best down-hill biking I’ve ever done (like flying!) as well as a zip wire over the jungle (oddly less like flying as it happens). They were also very helpful in getting us to the next door we did with them in Colca Canyon where the condors zip past you at the beginning of a 3 day trek into and out of… well, a canyon! Furthermore they got us to our next destination in Bolivia too; all round good eggs at Pie Peru. A quick search to check has just shown me that they’ve expanded as a company and the lovely Katherine and Frederic (who fluently speaks several languages) now head up what is called PIE Experiences.

I have to say that I love Peru- it is friendly and, for want of a much better phrase, well ‘mixed’ by which I mean indigenous peoples seem to be well respected (I’m comparing this with Bolivia in particular where it was only recently that indigenous peoples were voted to have equal rights; despite making up more than 60% of the population, as was related to me). Most of my Spanish was learnt from taxi drivers and they would also teach me the Quechua versions for all the places and temples too. There are often demonstrations on the Plazas in Cusco but the ones I’ve seen have always been peaceful, with a police presence that simply allows people to have their say. Crime’s a problem anywhere but I always felt well looked after and the locals looked out for me too.

For those who don’t want to go rural, Lima is a thriving city, parts of which had a fairly European feel to me. Sadly, I’ve only ever spent a couple of nights in Lima. For those staying around Cusco, I recommend a bar in San Blas called Km 0 which does great Thai food (or at least used to), good cocktails and has live music regularly. Further north of Lima I’m told there are great surfing options (Trujillo), further south there are the Nazca lines and Lake Titicaca and throughout, there is the Amazon (don’t forget bug spray and anti-malarials!). If you go to the Amazon and have the time, sometimes it’s better to book in country if you have the time to hang around. Otherwise, look for ethical companies that care for its employees and the environment. We’ve had a bad experience where we paid far too much for what we got (and what are guide was paid) but I’ve also had an amazing experience at Tambopata Research Lodge. I believe that was through Rainforest Expeditions and it was truly a highlight of my life to be honest.

Peru’s definitely worth a visit.